I am an Alabama-based reporter with experience covering public safety, the death penalty, politics, education and health care.

Alabama’s health care system is bracing for a tidal wave of COVID-19 cases that could overwhelm a hospital system already stretched thin, to the point physicians are limiting testing as they attempt to conserve precious supplies to protect their front-line workers. In Alabama, a USA Today analysis found that the state's nearly 15,300 hospital beds will be filled unless the infection curve can be flattened to spread over a six-month period.
Montgomery Advertiser Link to Story

'Everybody is crying out for help': Have Alabama prison conditions changed 7 months after scathing DOJ report?

Alabama prison administrators openly flout the department’s stated rules and regulations in an attempt to exert control and discipline prisoners, the Montgomery Advertiser has found after months of reporting and interviews with dozens of men incarcerated across the state. A missed meal may seem a minuscule issue in a system beset by life-threatening problems.
Montgomery Advertiser Link to Story

'American horror story': The prison voices you don't hear from have the most to tell us

They speak in hushed tones, fearful they'll be labeled a "snitch" by guards. Some witnessed so much mind-scarring violence that they fear they will never heal. Like the Alabama prisoner who saw another human being sodomized with a broomstick and assaulted with boiling water poured down his anus. Another man, in drug debt, was made to walk on all fours wearing a collar and leash like a dog.
Montgomery Advertiser Link to Story

A man incarcerated at a south Alabama prison collapsed, languished and eventually died inside a cell block as fellow prisoners shouted, banged on walls and splashed water into the hallway in an attempt to get a guard's attention. Two men at Fountain Correctional Facility say Christopher Hurst's death on Sunday came amid dangerously low staffing levels: One prisoner says no guards were on post at the cell block in which Hurst died, and the prison only has a third of the officers for which it is allotted.
Montgomery Advertiser Link to Story

Avalanche of opioids: Why are millions of pills prescribed in rural Walker County?

DEA data obtained by The Washington Post showed the opioid prescription boom from 2006 to 2012. Montgomery Advertiser. There was a running joke around Walker County when Deidre Wilson was using drugs. Friends and dealers had the same tongue-in-cheek theory: The small, northwest Alabama county had to be a pharmaceutical test market.
Montgomery Advertiser Link to Story

Every time the call comes through, Alice Lister wrestles with the hardest question of her life: Pay the money she can't afford, or risk seeing her son bruised or bloodied, possibly dead. The calls come from inside Alabama prison walls, where her son is incarcerated and where she, by extension, is being extorted.
Montgomery Advertiser Link to Story

It was a mild winter’s night in Lowndes County, and the boy was trying to tug the boots off his father’s dead body. There was nothing to be done about the bullets that riddled his father's chest, or the shotgun blast to his back. But Dee Bolling had heard old Southern tales of men turned away from heaven after dying with their shoes on, so he thought maybe, just maybe, he could ease his daddy’s journey from a ditch off an Alabama highway into the afterlife.
Montgomery Advertiser Link to Story

‘I don’t care what they say’: Alabama editor who called for KKK lynching won’t back down

The editor of a small-town Alabama newspaper — who this week called for the extrajudicial killings of "socialist communists" after his history of racist and anti-Semitic editorials came to light — declined to back down, apologize or even acknowledge that his call for violence advocated for the lynching of his fellow Americans.
Montgomery Advertiser Link to Story

'Make the statehouse look like the state': Historic number of women running for office in Alabama

Gray is one of more than 55 women running for state-level offices in Alabama this year, a reaping of seeds planted in the aftermath of the 2016 election of President Donald Trump, the #MeToo movement and, locally, the candidacy of Roy Moore. The slate of legislative candidates is likely the largest in state history — CAWP counts it as the largest since 2000, at least, when its researchers began tracking state candidacies.
Montgomery Advertiser Link to Story

Solutions Series: Wastewater and public health in the rural South

Though wastewater issues are widespread in the United States, Lowndes County and other rural Alabama communities are considered by many to be ground zero for the issue. Many communities from the Black Belt to Appalachia lack basic sewage and water infrastructure. In economically distressed regions like Lowndes County, it’s led to a surge in poverty-related tropical diseases often found in developing countries.
Montgomery Advertiser Link to Story

'The ones nobody misses': Scope of human trafficking in Alabama wider than reported, experts say

Alabama death row inmate Domineque Ray died by lethal injection Thursday evening. Ray was executed after an 11th-hour ruling from the U.S. Supreme Court vacated a stay of execution pending a religious rights claim. Ray, a Muslim, had argued Alabama's practice of including a Christian prison chaplain in the execution chamber was in violation of the First Amendment.
Montgomery Advertiser Link to Story
View More Stories

I am an enterprise reporter at The Montgomery Advertiser, Alabama's largest daily newspaper. I've covered some of the state's major stories over the past several years, from the Doug Jones campaign and a gubernatorial scandal to botched death row executions. I've also worked as an editor in daily news and trade magazines, as well as a historical academic project.

Before joining the Advertiser, I covered health & tech for the Birmingham Business Journal and state politics for the Associated Press.

Previously, I worked as a freelance journalist and a reporter for the Alabama Media Group, the state's largest new outlet.

I've broken stories picked up by The New York Times, The Chicago Tribune, ESPN, MSNBC and BuzzFeed News, among other outlets. I've reported on the impact of gun violence in Alabama's state capital, used data to illustrate enrollment trends in higher education and uncovered voting record discrepancies in local elections, all while handling major breaking news on a day-to-day basis. I believe strongly in using new tools and social media to enable, package and deliver traditional journalism.

I majored in journalism at the University of Alabama, but I learned the craft in a newsroom, not a classroom. I wrote my first news article for The Crimson White student newspaper and went on to spearhead award-winning breaking news coverage. 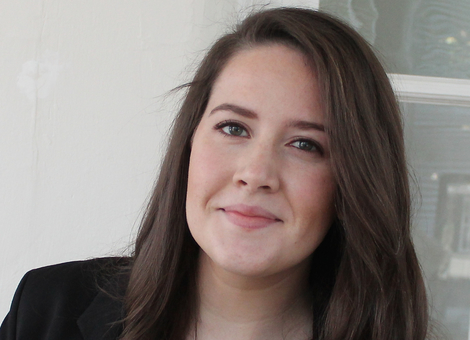